Meagan McPhee is a fictional character, created by Brett Paesel.
Meagan will be posting on her site every Monday from her desk at First Lutheran Church in Evanston, Ill. Join her every week as she creates a new life for herself and her son after her divorce (http://meaganmcpheead.wordpress.com/)
The first blog starts out:
"The upside of being divorced at age thirty-seven and supporting yourself and a kid is that you hardly give a crap about anything anymore.  The word “hardly” is important here.  Because just when you’re sure you’ve abandoned all feeling about what people think about you or say about you or promise-and-don’t-deliver to you, a teenage grocery store checker says you look tired on a Saturday morning and you burst into tears, drop the bottle of vodka you were buying for Bloody Mary’s and run out to the parking lot, choking on snot and obscenities until your best friend, Diane, pulls the car around to load you in like a wounded dog.  We’ve all had moments like that.  But, really (apart from these lapses) once you’re divorced and on your own, you care a whole lot less than you did before."
Read more at Meagan McPhee AD (After Divorce): http://meaganmcpheead.wordpress.com/
Sign up on Meagan's site, to receive weekly e-mail alerts when Meagan has posted a new blog. And share, share, share. 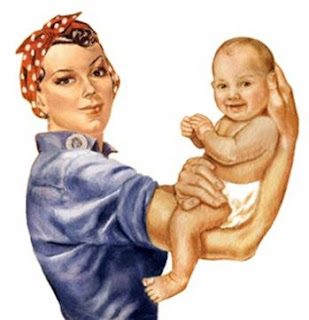 The Christmas Loan -- Part Three (After the Loan)

The Christmas Loan -- Part Two (To Take is to Give)