My Father at Hazrat Nizamuddin's Tomb

On Death and Stogies at Humayun's Tomb

Humayun’s tomb in New Delhi was built for him after his death by his widow.  Apparently, Humayun keeled over unexpectedly in his library, leaving all of his funeral arrangements to the wife. She must have thought a lot of him or wanted the world to think a lot of him, because it’s an impressive tomb by anyone’s standards--except perhaps Shah Jahan’s, who built the Taj Mahal. Upon entering the gate and gazing at Humayun’s domed tomb, I imagined Shah Jahan standing in the same spot saying, “It’s nice and all, but…how do I put this?  It needs a little something…”
The boys had the proper amount of irreverence for the long dead and, along with Zoe, ran across the grounds and up and down steps as if the entire building were a play structure.  Come to think of it, if I were inclined to build a massive monument to house Pat’s or my corpse, this would be the image that might make it worth it.
As the children charged ahead of us, I wondered about the stories we make up about our loved ones after they’ve passed.  What memories do we hang onto and which ones fade? How does the deceased person’s story mutate? According to my dad, his mother reviled his father in life. Yet, after his father died, his mother kept his last charred cigar stogie propped in an ashtray like a shrine.  In death, his father became her beloved.  In life, he had been her alcoholic, abusive, son-of-a-bitch. For all we know, this is what happened to Humayun’s widow. Now that the guy was sitting up there in probably the best level of paradise money could buy, he didn’t look half bad.
I have the usual fears about dying, including the ridiculous one that I’ll simply look bad doing it. This is not quite as frivolous as it sounds. I’m afraid of scaring the children. But all of my fears tend to swirl around the actual process of dying. I’m not remotely worried about being dead or being forgotten. Because by then I will be dead and I hope not to care about such piffling things. I mean, if death isn’t transformative, what is?
Like all mothers, I worry about leaving my children alone too soon. I harbor the illusion that I am currently indispensible. But when they are older, I believe that I will have been successful as a parent if I am not at the center of their lives.  So a tomb would be the last thing I would want.
Some people do want tombs and some people build them. Some preserve stogies and rewrite history.  As I watched the children charge around this ancient monument, I wished only that my children would always be able to feel like this.  Limitless and not looking back to see where I am. 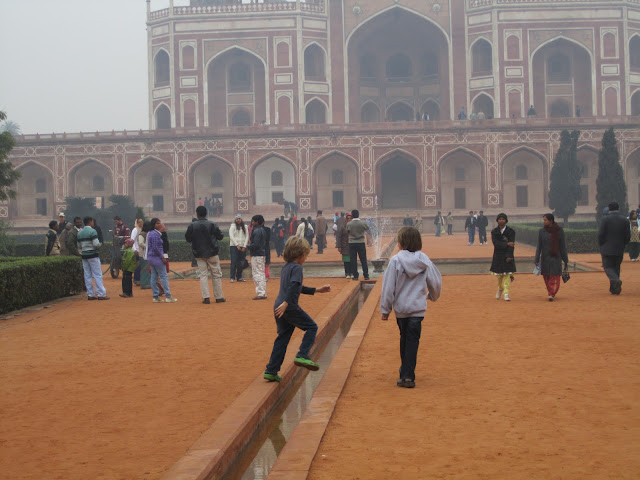 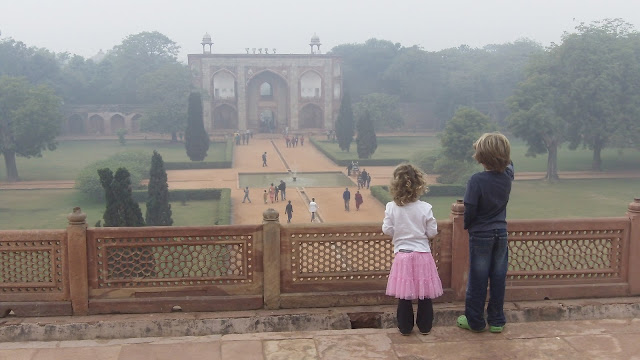 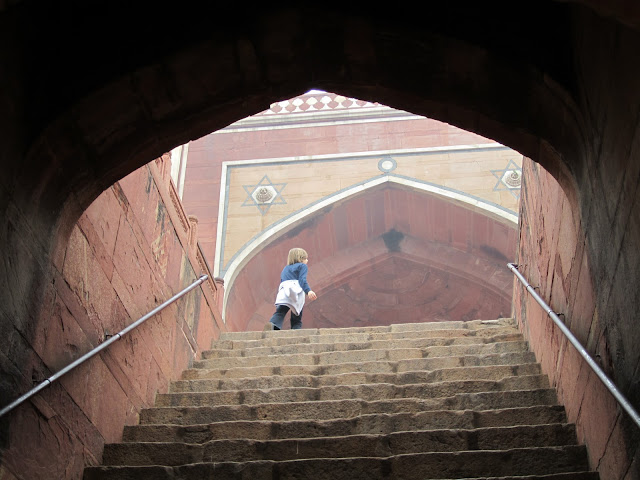 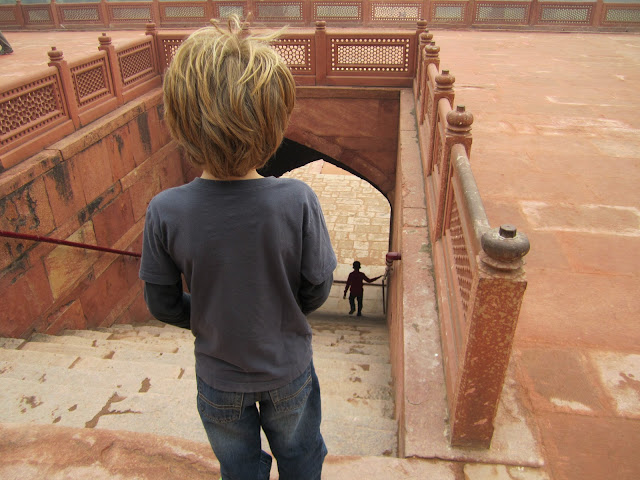 Passing Through -- A Day in Delhi

Thoughts on Courage at the Gandhi Museum 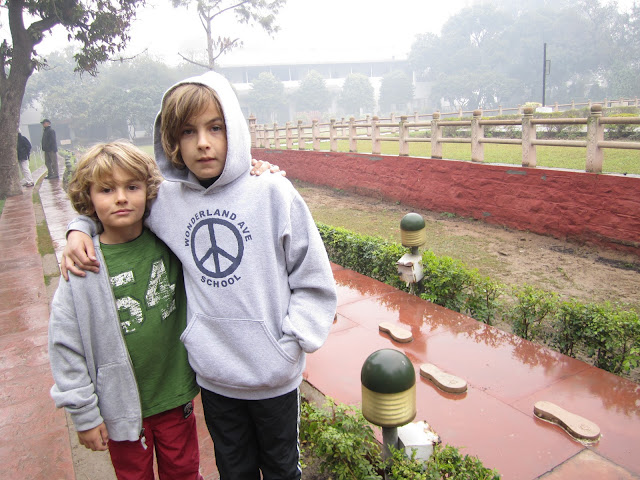 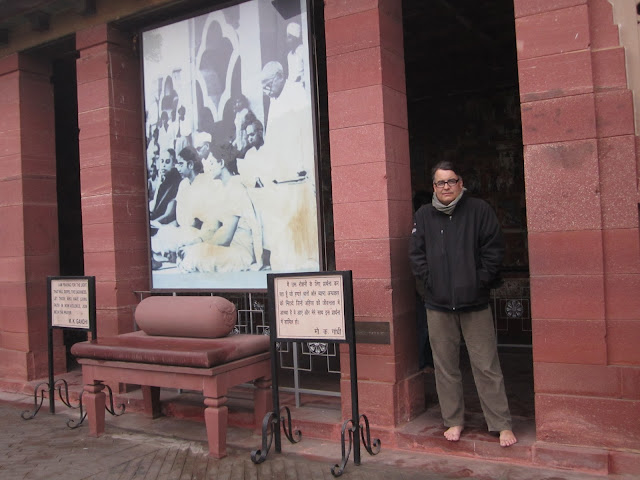 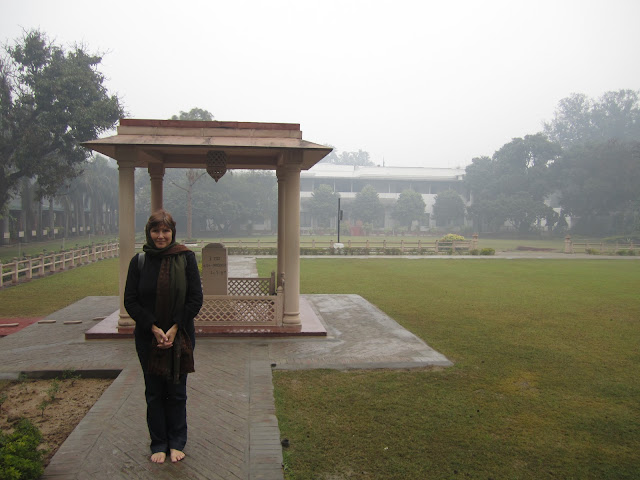 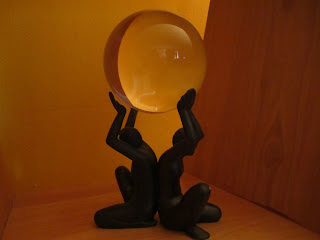